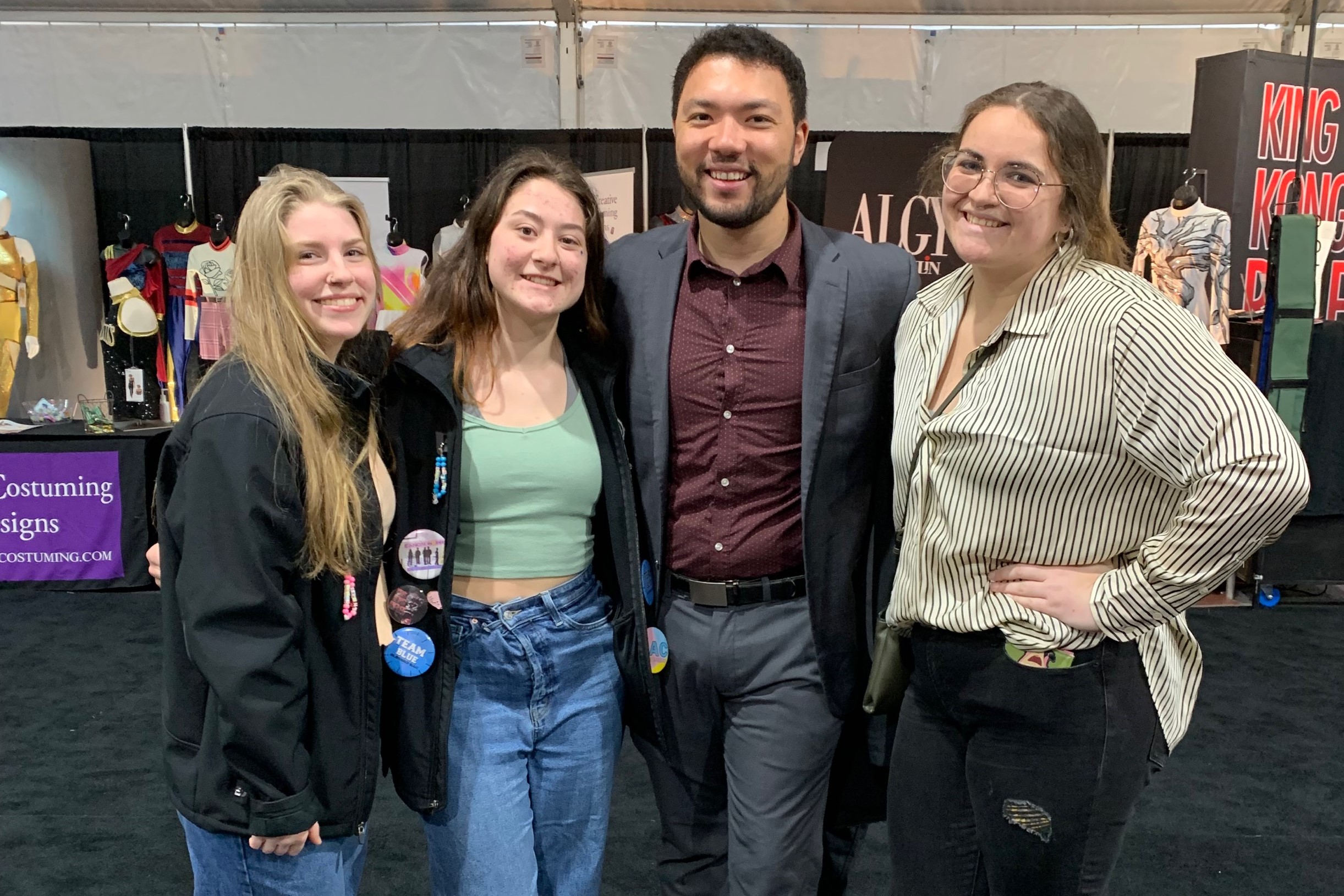 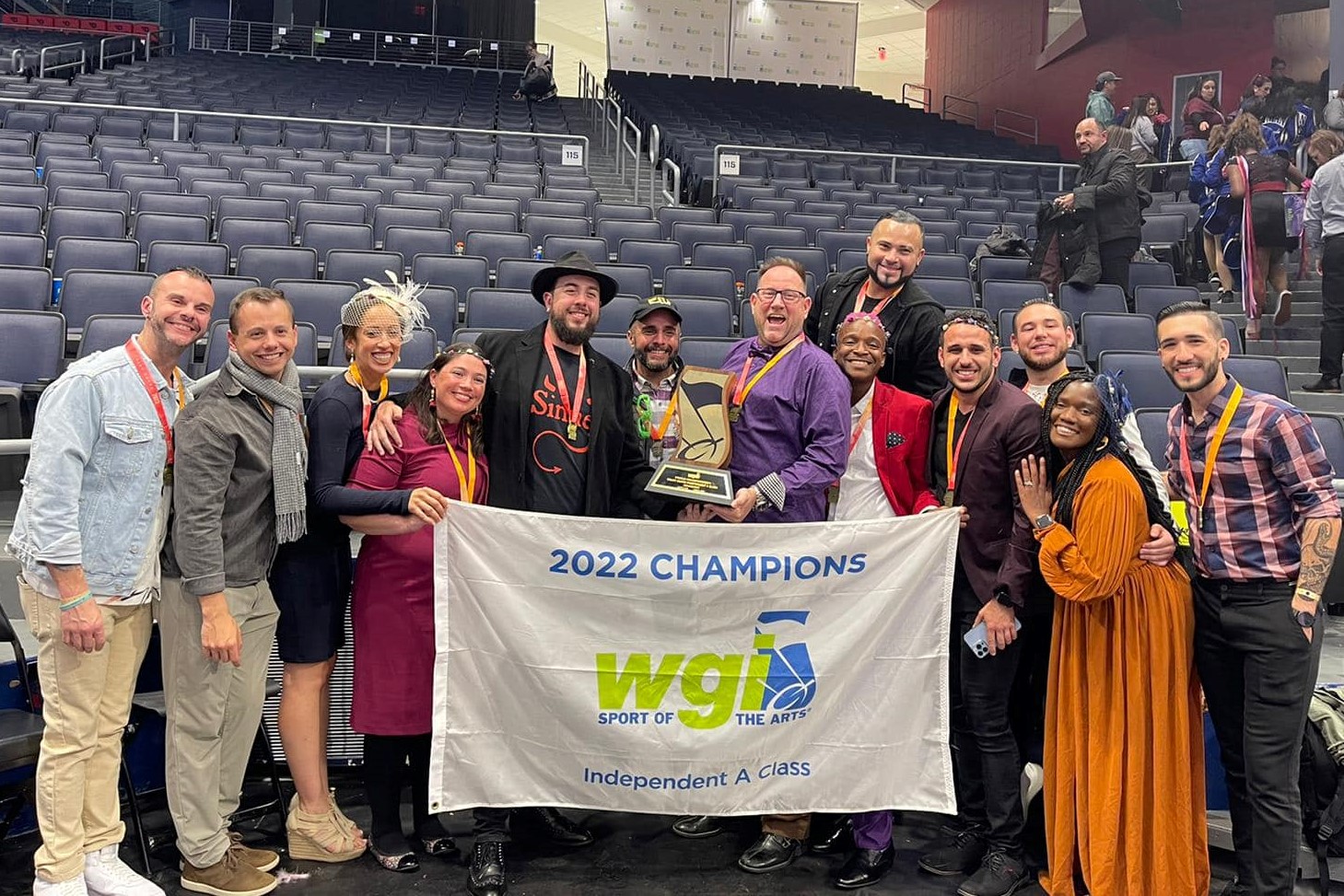 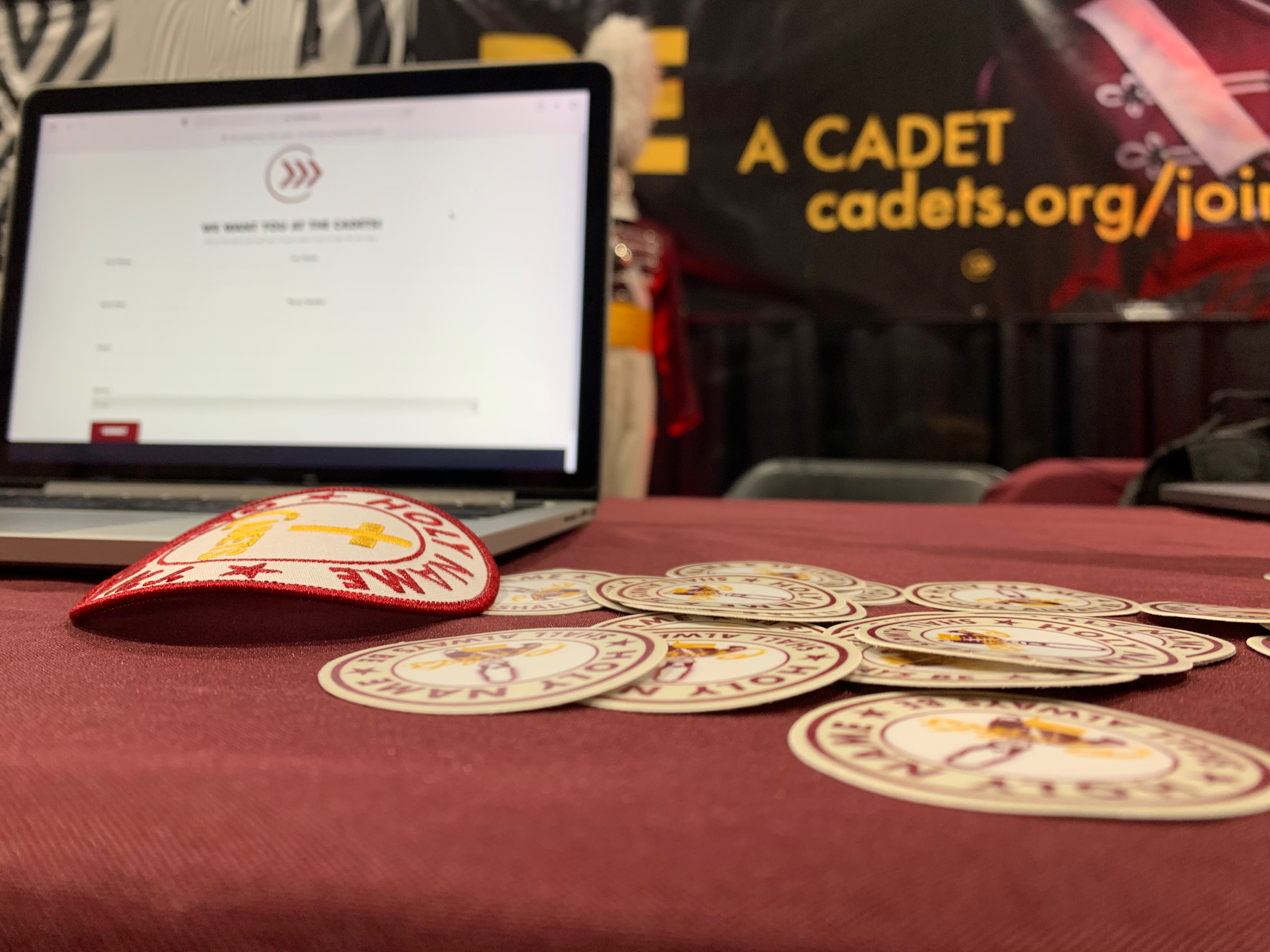 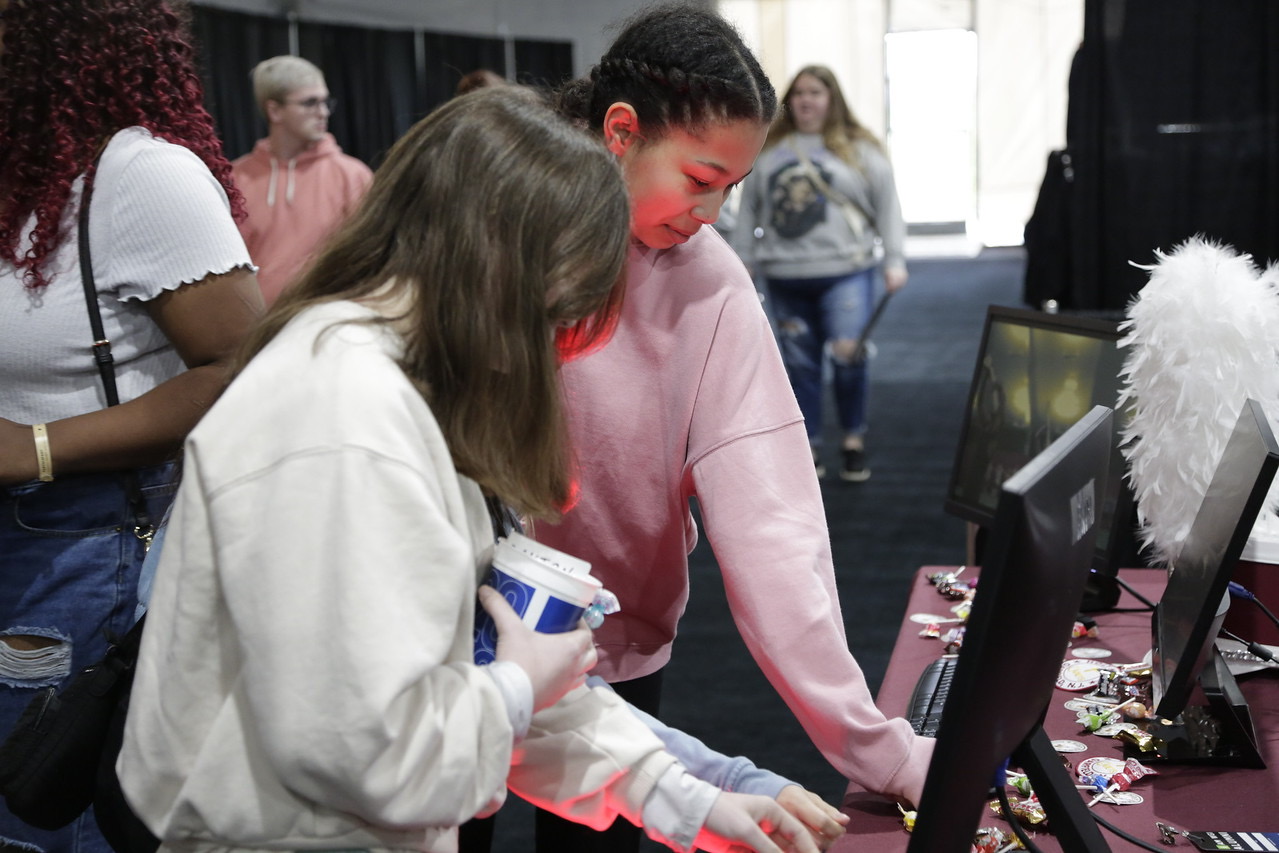 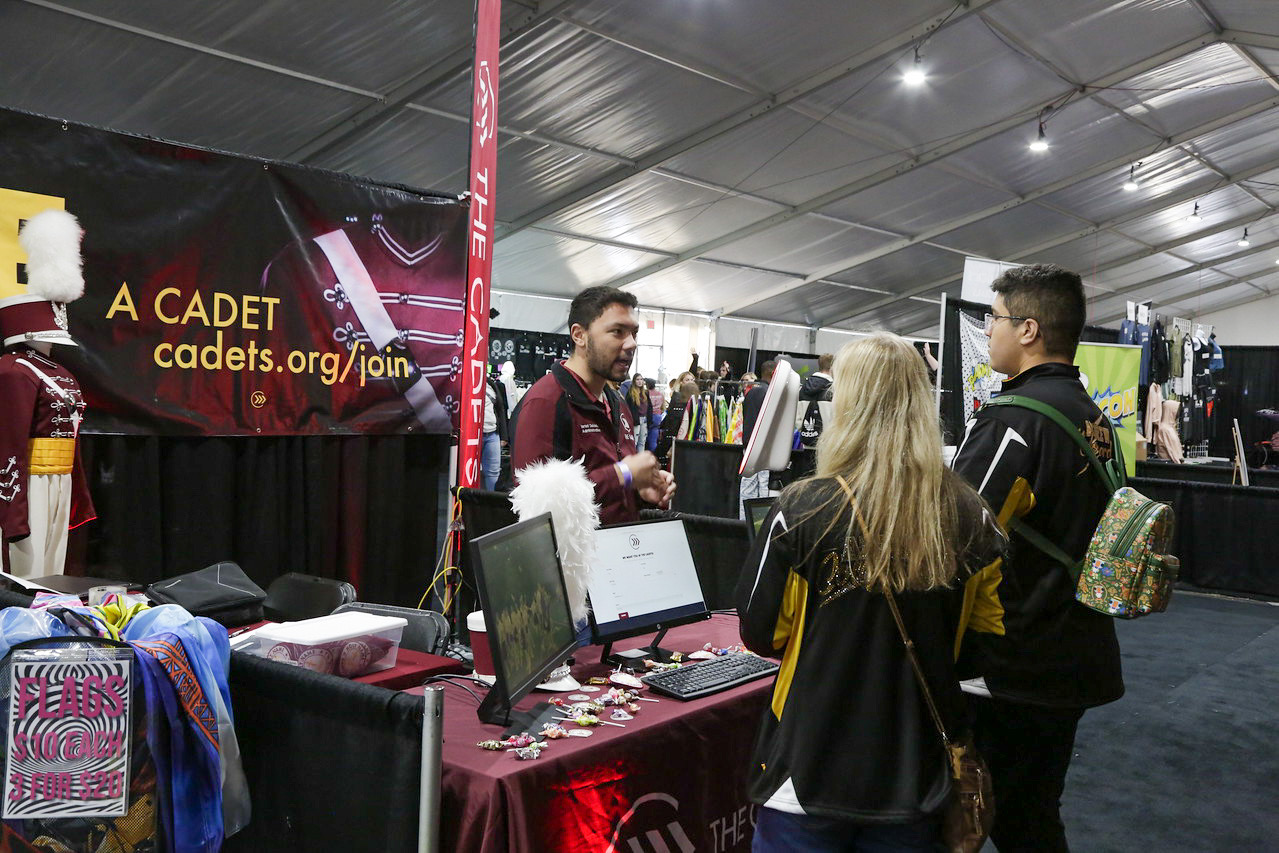 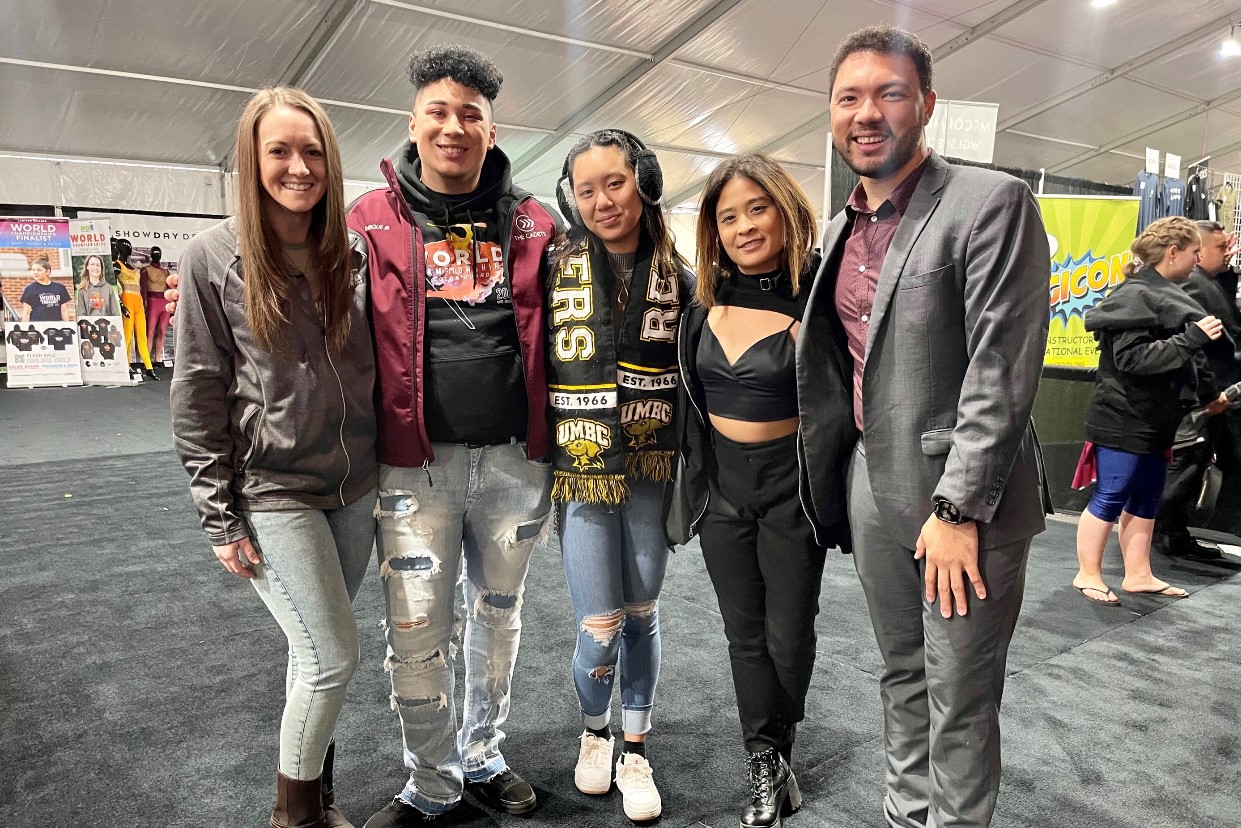 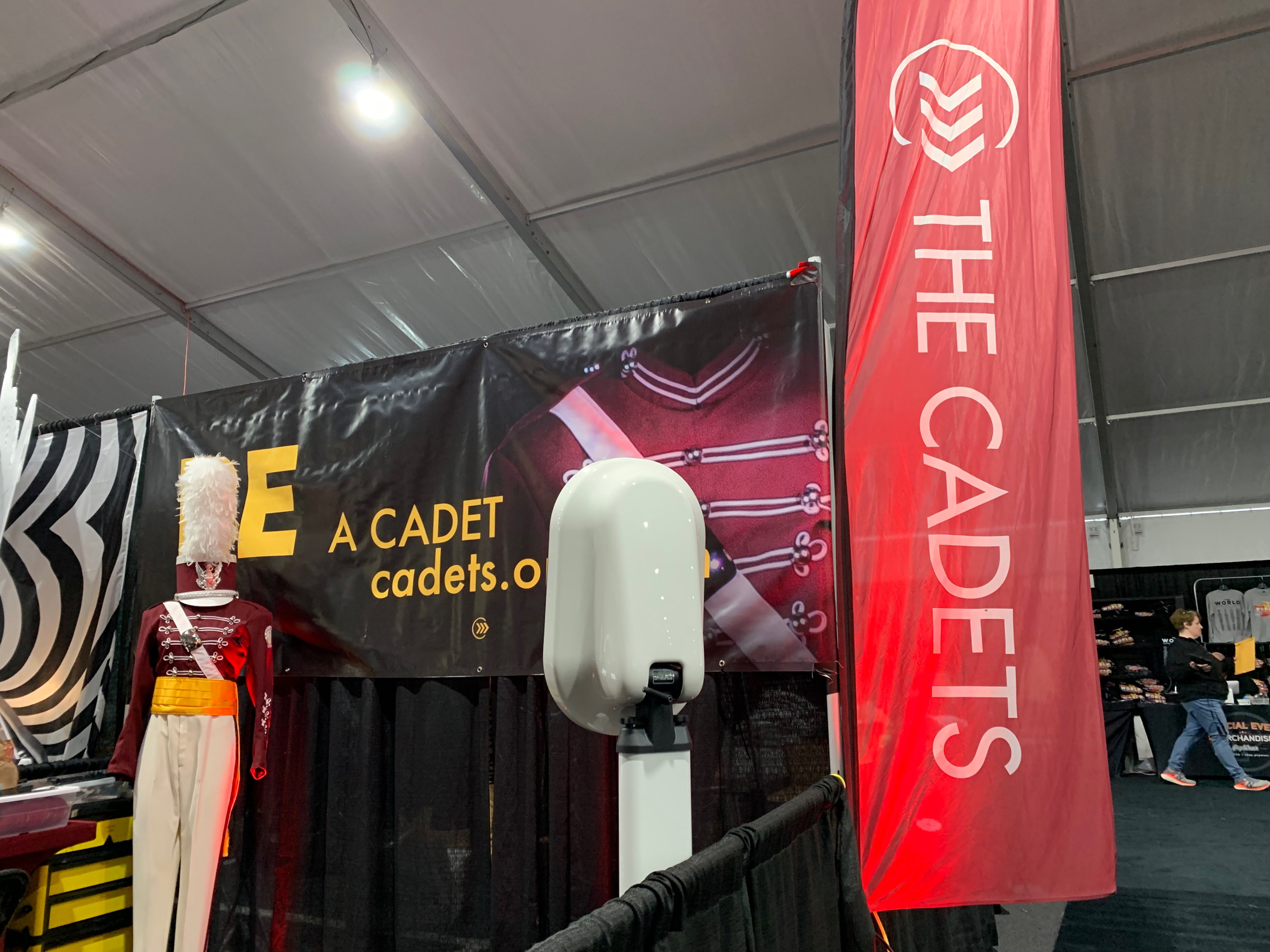 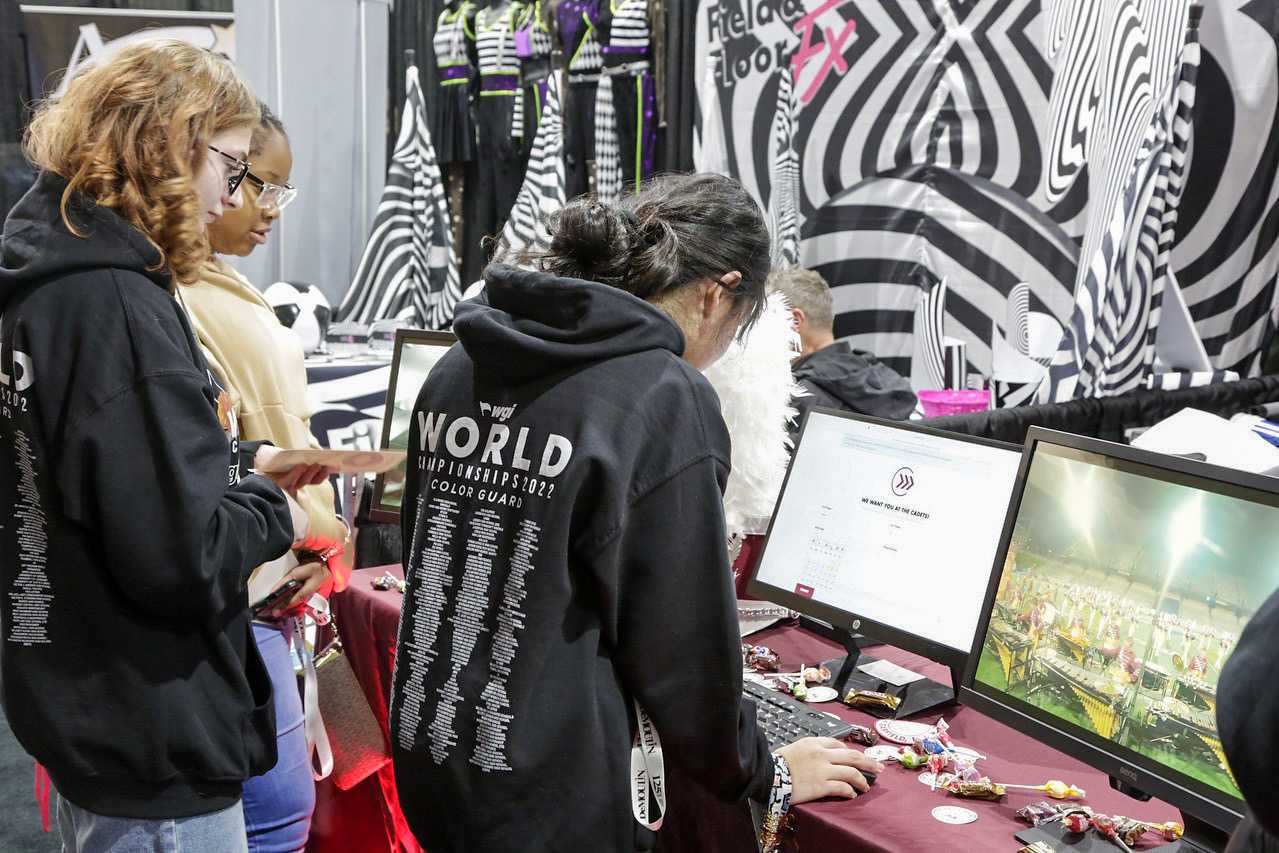 Great Turn-out at The Cadets' Booth in Dayton

The Cadets staff, members, and volunteers traveled to Dayton, Ohio to set up a booth at the 2022 WGI Color Guard World Championships.

"It was so great to have so many prospective members, alumni, current Cadets, and instructional staff come to see us at the booth during their Dayton weekend," said Israel Demello, The Cadets Operations Manager who organized The Cadets' presence at WGI last weekend.

Numerous prospective members stopped by The Cadets' booth, filled out the 2023 Audition Interest Form, took photos at our photo booth, and chatted with Cadets staff and performers.

In addition to the success at the booth, corps staff and alumni had great success in the championship event as well. A current or past member or staff member performed or taught with every guard that performed in Finals on Saturday. Special congratulations to The Cadets Color Guard Caption Manager Enrique Perez, who led TWO fantastic color guards to WGI Finals this weekend!

Special thanks to the following volunteers, Cadets, and staff who helped out this weekend: