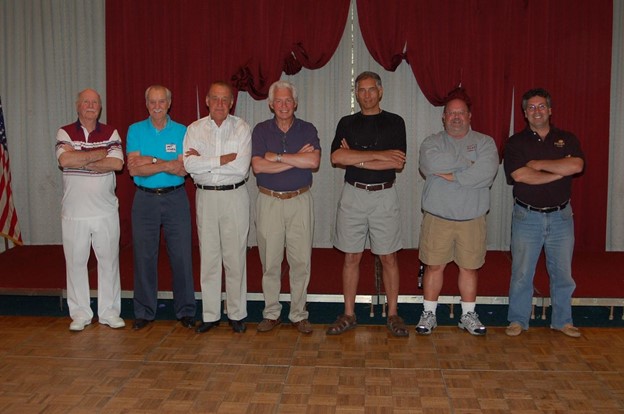 As part of the 2021 Homecoming Weekend event series, The Cadets will hold a very special Legacy Luncheon at the gorgeous Venetian venue in Garfield, N.J. The Legacy Luncheon will feature a delicious menu paired with a high-end selection of wines, and will honor the legacies of four members of the corps’ history. This week, we’re shining a spotlight on one of those four: Arthur J. Mura. Purchase tickets to Homecoming Weekend.

Since he was eight years old, Arthur J. Mura has carried a connection with The Cadets. As a boy, living around the corner from Most Holy Name Catholic Church in Garfield, N.J., interaction with the Holy Name Cadets was practically an everyday occurrence. Three of his family members – Albert, Charles, and Marc – were founding members. Following closely behind, Arthur and his two other brothers, Edward, and Louis, also proudly donned the maroon and gold, helping to fill the ranks during the corps’ formative years.

Arthur joined the Holy Name Cadets in 1937. He was a junior drum major for three years, then played bugle for one year. In 1942, he moved to the percussion section where he marched as a snare drummer through 1949. During his 12 years as a Cadet, Arthur was part of the corps’ first three National Championships in 1940, 1948, and 1949. During those years, he also personally won the Bergen County and New Jersey State individual snare drumming titles in 1946 and 1947 and was the runner-up in 1948 and 1949.

After his discharge from the U.S. Army in 1953, Arthur joined the Hawthorne Caballeros’ snare line, which went on to win the American Legion Senior national title that year, the same year the Cadets won the junior title.

For the next 20 years, he served as a rudimental drum instructor to various junior corps including the Garfield Cadet Plebes, Paterson Cadets, Dumont Police Cadets, St. Ann’s Cadets, Wood Ridge Townsmen, and the Hawthorne Muchachos. Art was also actively involved as a percussion judge with the Charles R. Nabor Eastern States Judges Association, the Mid-Atlantic and the DCA Judges Associations from 1958 through 1982.

Arthur is married to wife Gail and has two daughters, Alexa, and Andrea.

We hope you’ll join us at the Legacy Luncheon to honor Art on Saturday, October 9! Click the button below to reserve your seat at the table, or click here to read more about each event.