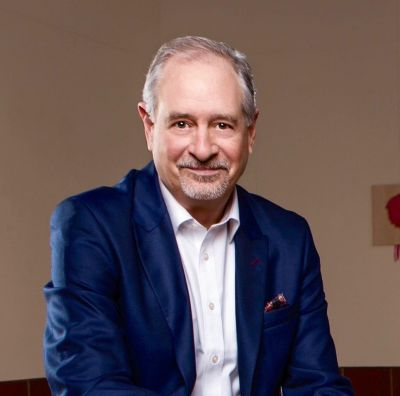 Jay Bocook is recognized internationally as an educator, conductor, composer, and GRAMMY-nominated arranger. His works have been performed at the 1984 Olympic Games in Los Angeles, the 1996 Centennial Olympic Games in Atlanta, and the 2002 Winter Olympics in Salt Lake City. In 2003, Bocook was a contributing arranger to the musical “CyberJam,” which opened to rave reviews at London’s Queens Theatre. Currently, he is the principal arranger and Associate Music Director for “Blast, The Music of Disney,” which opened in Tokyo, Japan in the summer of 2017, and was restaged and toured in the fall of 2019.

In 2003, the U.S. Marine Band premiered his transcriptions of the film music of John Williams at the Kennedy Center in Washington, D.C. An encore performance with Williams and “The President’s Own” took place in 2008. His transcription of Leonard Bernstein’s Symphonic Suite from On the Waterfront can be heard on the 2015 Marine Band CD “Elements.”

In 1982, Bocook was appointed director of bands at Furman University, his alma mater. In 1989, he left to pursue other opportunities as an arranger/composer for Jenson Publications, but returned to Furman in 2000 as Director of Athletic Bands. He remains a principal composer and arranger for the Hal Leonard Corporation, where he has published over 600 arrangements and original compositions. Bocook served as arranger for the 10-time World Champion Cadets Drum and Bugle Corps from 1993-2016 and from 2019 to the present. In 2009, he was inducted into the Drum Corps International Hall of Fame, and in 2011 he was elected into the American Bandmasters Association.