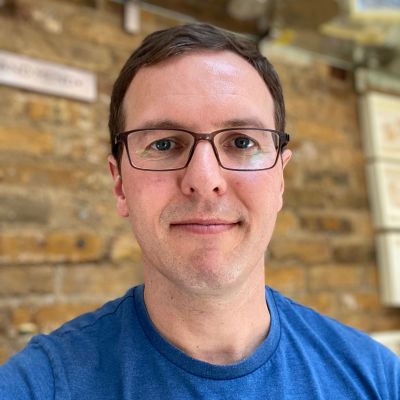 Jon Bilby is a graduate of Goldsmiths College, University of London where he earned his BA Honors degree in Design Education.

Jon began his Drum Corps journey in England at age 9 and had marched a full nine seasons before performing as a member of the Cadets of Bergen County from 1996-1998. Jon received a distinguished service award in his rookie season and aged out as Cadet of The Year in 1998.

He was beyond humbled to learn of his induction into The Cadets Hall of Fame in 2017.

Jon has continued to be involved in the marching arts as a designer and educator throughout Europe and North America, most recently with Passaic High School Marching Band (NJ State Champions), Truggio Marching Band (Milan, Italy) and the five-time Irish Champion Tallaght Youth Band (Dublin). Jon was also the designer for the WGUK A-Class Champion Mayflower A Winterguard from 2016-2018.

Jon has taught Design Technology at inner-city high schools in London for the past 17 years and has specialized in Pastoral Awareness and Behavior Management. Jon worked as Head of Learning for five years before becoming Assistant Principal at one of the UK’s largest high schools, Langdon Academy (London) in 2013. Langdon Academy is in one of the most statistically deprived regions of Britain, and Jon wanted to get his grounding in teaching before moving on. Seventeen years later, he still loves the students and the ability to impact their education and improve their life chances.

Jon lives in Billericay, Essex, UK, with his wife, Michelle, and his four beautiful children, Charlotte, James, Olivia and Emily.