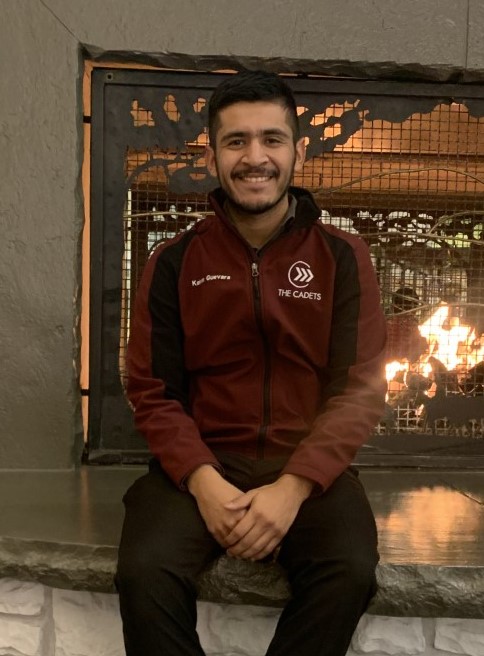 Kelvin Guevara is proud to be returning home to The Cadets as part of the visual staff for the 2023 season.

Kelvin currently resides in Pearland TX, where he is the Assistant Band Director for the Shadow Creek High School Band. Go Sharks!

Kelvin has a Bachelor's degree in Music Education from Sam Houston State university where he studied trumpet under Professor Randy Adams and baroque trumpet under Amanda Pepping. Kelvin was part of the SHSU Wind Ensemble and SHSU Early Music Ensemble for two years whilst being part of the Sam Houston Bearkat Marching Band and Angry Orange Basketball Band.

Kelvin is a proud member of the Phi Mu Alpha Sinfonia fraternity and an active TMEA & TBA member.

Kelvin enjoys Formula 1, Philadelphia Eagles, Star Wars and loves to read. With that being said, there’s nothing sweeter than teaching drill and repping it!