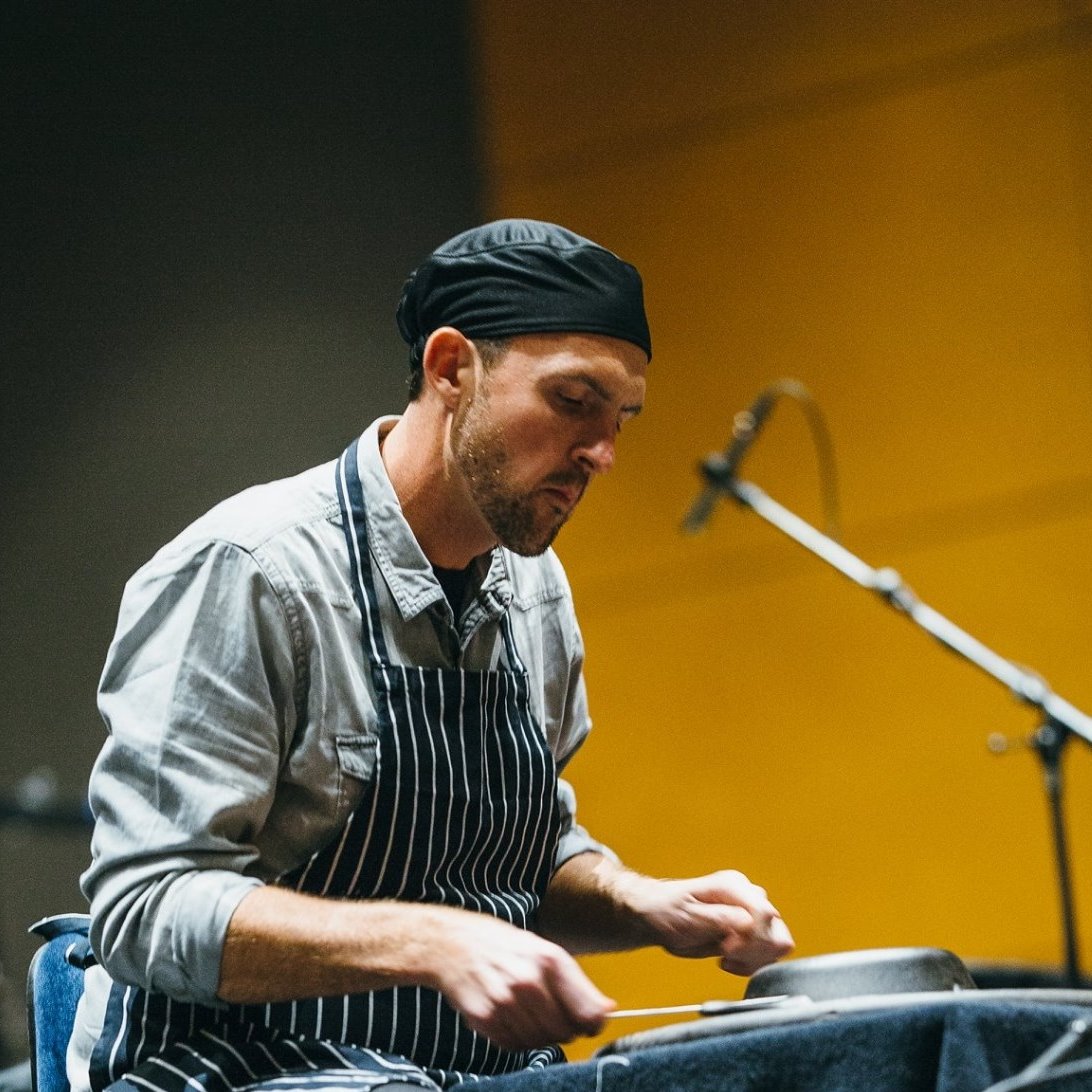 As a performer, Mark maintains a busy schedule as a freelance percussionist in the Princeton area. He is a frequent performer for the Princeton Sound Kitchen, premiering new works by composers at Princeton University. He also drums with the bands, Joy on Fire, Owen Lake, and the Tragic Loves. Before moving to New Jersey, he worked at the University of Texas-Brownsville as a lecturer of percussion. Prior to that appointment, he was a freelance performer and teacher in Chicago.

As an educator, Mark currently works at Hopewell Valley Central High School in Pennington, N.J. He serves as director for both the indoor and marching band percussion programs. In the district, he also teaches lessons for grades 6-8 and runs the newly founded Timberlane Middle School Drumline. He also works as a percussion arranger for Hylton Music Design.

Mark lives in Lawrence, N.J., with his wife, Juri, and little rescue mutt, Roman. Juri is a composer and on faculty at Princeton University. Mark enjoys performing her works for percussion and being the test subject from time to time for new pieces she is working on.