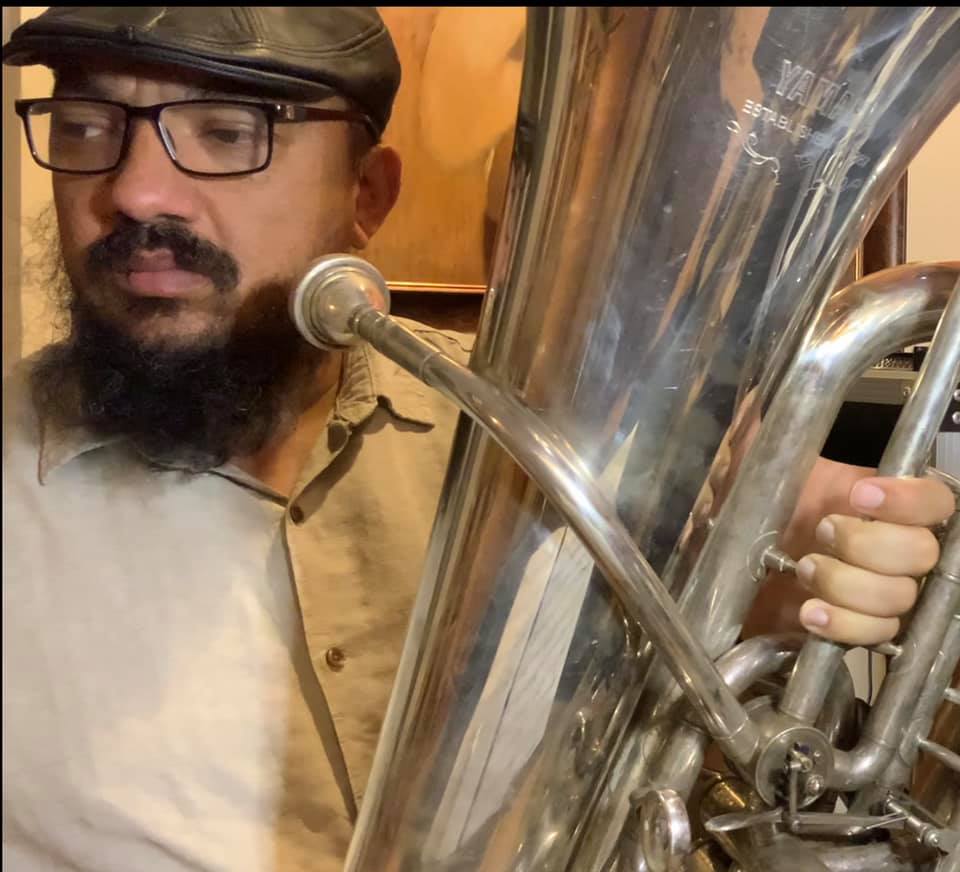 Dr. Michael W. Nickens (a.k.a. Doc Nix) is most recognizable as the leader of the “Green Machine”, which the NCAA named the #1 pep band in college basketball in 2015, and was commended by the Senate and House of Delegates of the Commonwealth of Virginia. In addition, Dr. Nickens launched Mason’s fife and drum corps and WGI world-champion drumline, and oversees Mason’s
WGI world-champion winterguard. This collection of performing units, known as the “Green Machine Ensembles”, are internationally known for their thrilling, high-energy performances at university ceremonies and basketball games, professional sports events including the 2019 World Series and the 2018 MLB All-Star Weekend, alongside 4-time Grammy winner Lady A, with GRiZ, community events (Celebrate Fairfax, and the Nike Womens’ Half Marathon), and marching competitions, as well as their popular internet videos with over 120 million views collectively.

In 2017, Dr. Nickens was the inaugural recipient of GMU’s presidential medal, the Earle C. Williams Medal for Excellence in Social Impact. Dr. Nickens was also named the 2016 Faculty Member of the Year by GMU’s Alumni Association. He served as a Faculty Representative to Mason’s Board of Visitors, Chair of the Faculty of the College of Visual and Performing Arts (CVPA), Chair of the CVPA Diversity Committee, and as a member of the School of Music’s Graduate, Curriculum, and Recruitment and Scholarship committees.

As a performer, Dr. Nickens's ensemble, "this little abomination of ours (t.l.a.o.o.) was featured in the Wolf Trap National Park For the Performing Arts 2020 Park Pop Up series. He has appeared as featured guest soloist with The US Army Blues, and has been a substitute member of the National Symphony Orchestra accompanying Hip-Hop legend Nas on the concert version of “Illmatic.”

During summers, he has taught tuba and euphonium, conducting, jazz performance, composition, improvisation, chamber music, large ensemble performance, and theory at the Performing Arts Institute at Wyoming Seminary in Kingston, Pennsylvania, the Music, Art, and Theatre (MAT) Camp in Evanston, Wyoming, and the Northern Arizona University Music Camp in Flagstaff, Arizona, and at Mason’s Community Arts Academy. He also coached the professional marching ensemble, “Mix It Up”, at Busch Gardens in
Williamsburg, Virginia. Dr. Nickens completed his academic degrees from the Manhattan School of Music, Yale University, the University of Michigan. With his degree conferred In 2006, Dr. Nickens is among the first African Americans to earn a doctorate in tuba performance.