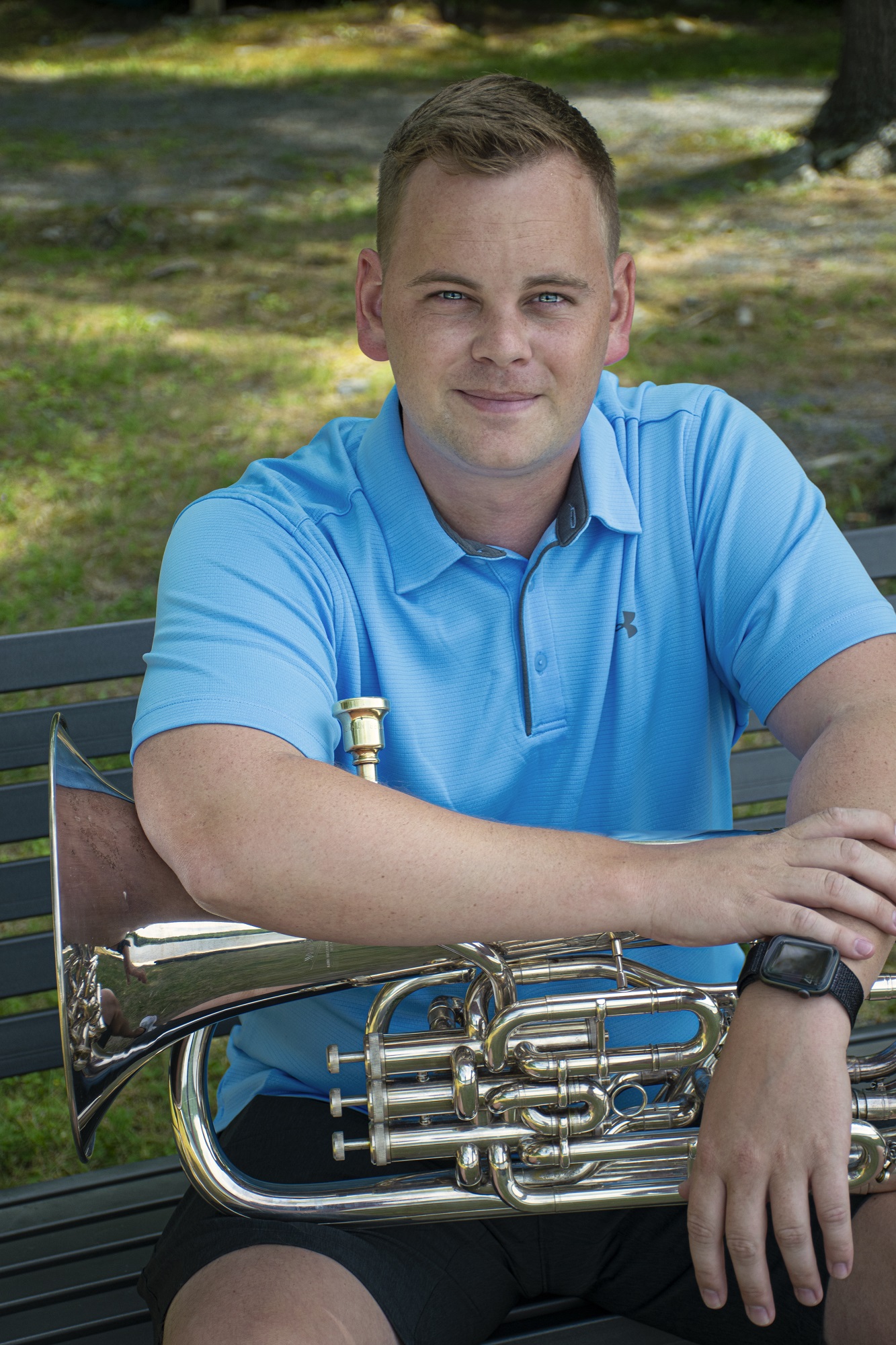 Ray Henricksen is one of the Assistant Director of Bands at Duncanville High School. His responsibilities include conducting the Symphonic Band and helps leading the marching band. Prior to joining the staff at Duncanville, Ray spent 3 years at Weiss High School where the program has earned many accolades in both the concert band and marching band fields, such as being one of the youngest bands to ever make it to UIL State Finals in 2019. A native of New Jersey, he also spent a couple of years teaching at his alma mater in the Roxbury School District.

​Since 2018, Ray has been a Brass Staff member with The Cadets Drum and Bugle Corps Organization– the same Drum Corps that he marched in 2011. He also has experience teaching multiple marching bands and Drum Corps in the New York metropolitan area as well as the Austin/DFW areas of Texas.

​As an active euphonium soloist, Ray has been a guest soloist with multiple groups throughout the East Coast. He has held the solo euphonium chair in The Princeton Brass Band, Gramercy Brass Orchestra of New York, and The Millennial Brass (NY). He has also performed with groups such as the Cedar Park Winds, Eastern Wind Symphony, Dallas Civic Wind Ensemble, Imperial Brass Band, Lone Star Wind Orchestra, and Metropolitan Winds.

​As a member of The Cadets, Ray marched baritone in the 2011 production of ‘Between Angels and Demons’. At the conclusion of the 2011 season, Ray was one of a select few to perform for President Obama and the United Nations General Assembly at the New York Public Library.

​Ray holds a master’s degree in Euphonium Performance from The University of North Texas, studying with world-renowned soloist Dr. Brian Bowman. He also received a minor in Wind Band Conducting at the tutelage of Eugene Corporon and Dennis Fisher. Prior to his time in Texas, Ray received his Bachelor's degree from Rutgers University, where he was a student of Dr. Stephen Arthur Allen and Aaron VanderWeele. In 2013, he was presented with the Mason Gross Award for Excellence in Brass Performance.

"If you are going to achieve excellence in big things, you develop the habit in little matters. Excellence is not an exception, it is a prevailing attitude." -Colin Powell