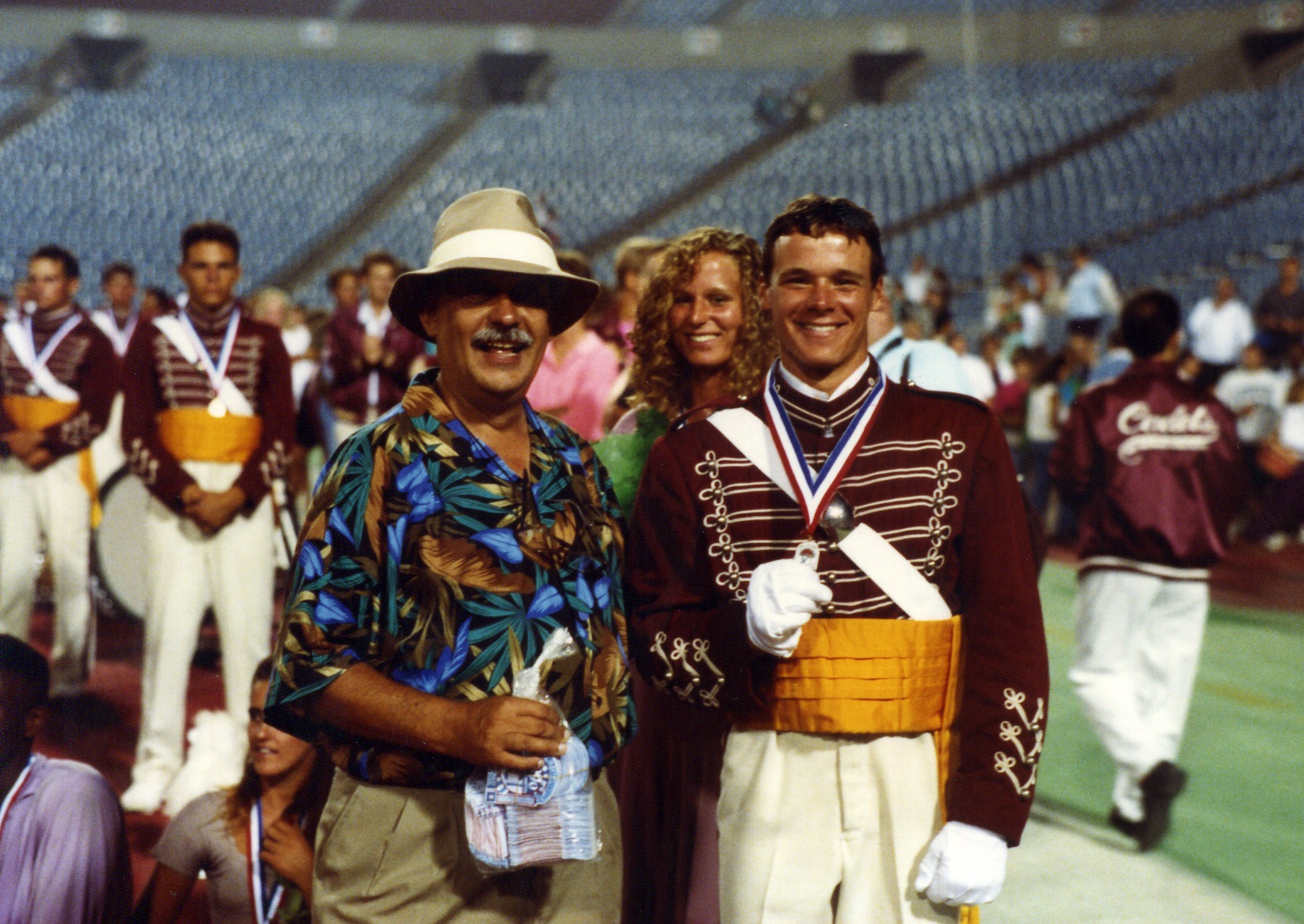 The Cadets family has been deeply saddened to learn of the passing of the legendary Moe Latour.

Moe came to The Cadets as Tour Manager and assistant to the director in 1988, having previously served as Tour Manager, Assistant Director, and Executive Director with several corps including the Bleu Raeders, Blue Stars, Phantom Regiment, and Star of Indiana.

Moe led The Cadets onto and off of the field in his early days with the corps. He served as the point person when they arrived at housing and show sites, and handled a million details throughout the day to keep things running.

Alumni, parents, and fans will remember anxiously dialing The Cadets' office late at night after each show, only to hear Moe's soothing drawl slowly deliver scores over the phone.

After a lengthy drum corps career, Moe planned to retire after the 2002 season, and The Cadets threw a big party for him, but it didn't stick. He continued to tour for a few more years. His time on tour did decrease as the years went on. By the mid to late 2000s, he had fully embraced his role as glove salesman, dutifully sitting outside the buses before shows, saying, "Gloves fuh sale," in his slow and steady cadence.

Under Moe's leadership in the late 80s, The Cadets began eating meals from the food truck during move-ins. Before that, the corps was on their own for food for the duration of spring training. In that spirit, we are dedicating all of our meals this Friday, June 10, in his honor. If you would like to make a contribution to help fully sponsor The Cadets' meals in memory of Moe Latour, click here.