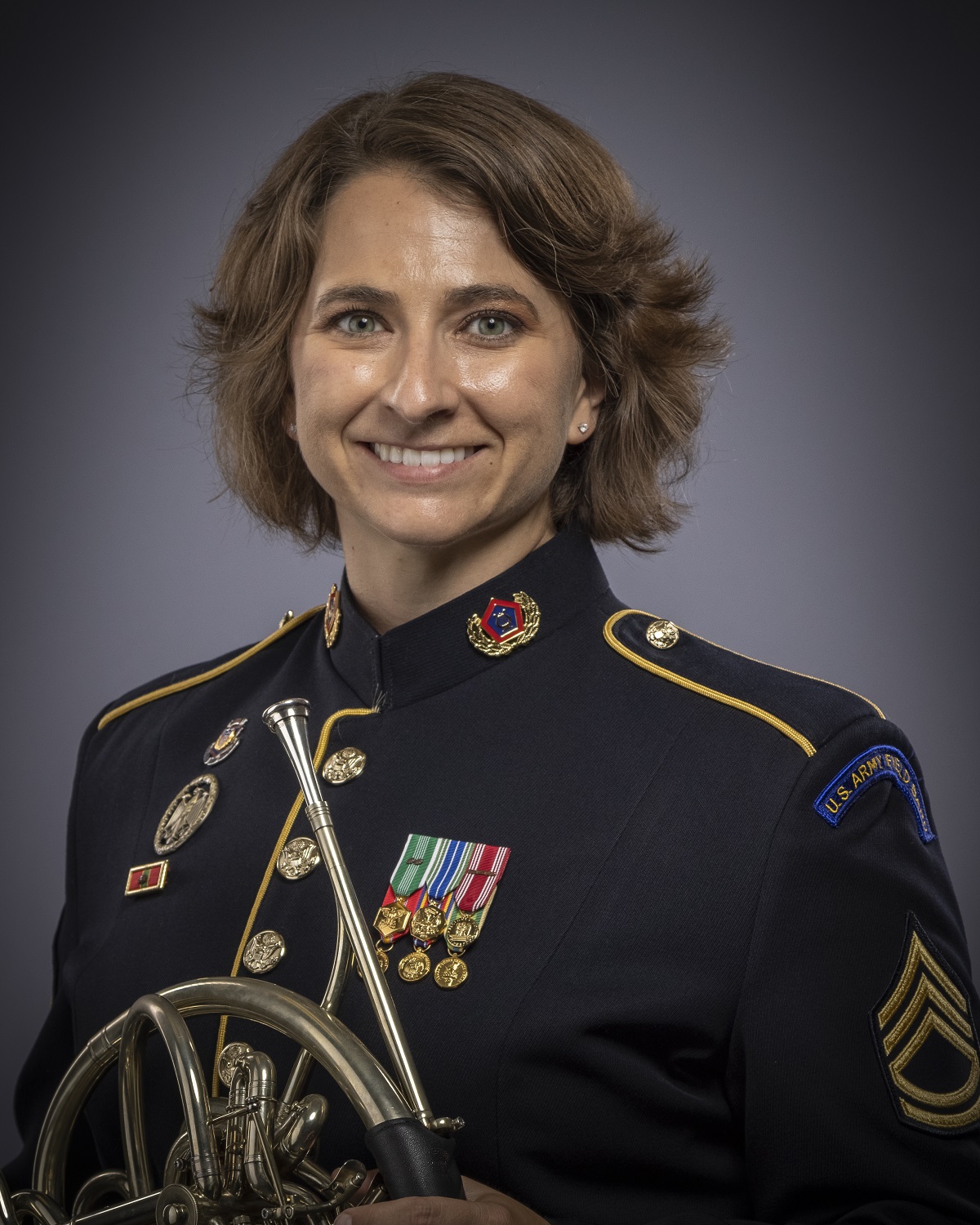 Selena Maytum hails from Nicholson, Georgia and currently serves as a Sergeant First Class in the U.S. Army Field Band where she is a member of the horn section. Prior to joining the Army, Selena was a band director at Loveland High School in Loveland, CO, and Spartanburg High School in Spartanburg, SC.

Selena earned her Doctor of Musical Arts degree at the University of Colorado, her Master of Music Performance degree at Indiana University, and her Bachelor of Music Education degree at Furman University.  A passionate music educator in the drum corps world, Selena has previously worked with the Jersey Surf and Oregon Crusaders. She was on brass staff for The Cadets from 2012 to 2017 and 2019 to the present. In 2021, she performed a world premiere of Shades of Red, a mellophone concerto written for her by good friend and fellow drum corps educator Dr. Ryan Williams. How fun is that?!