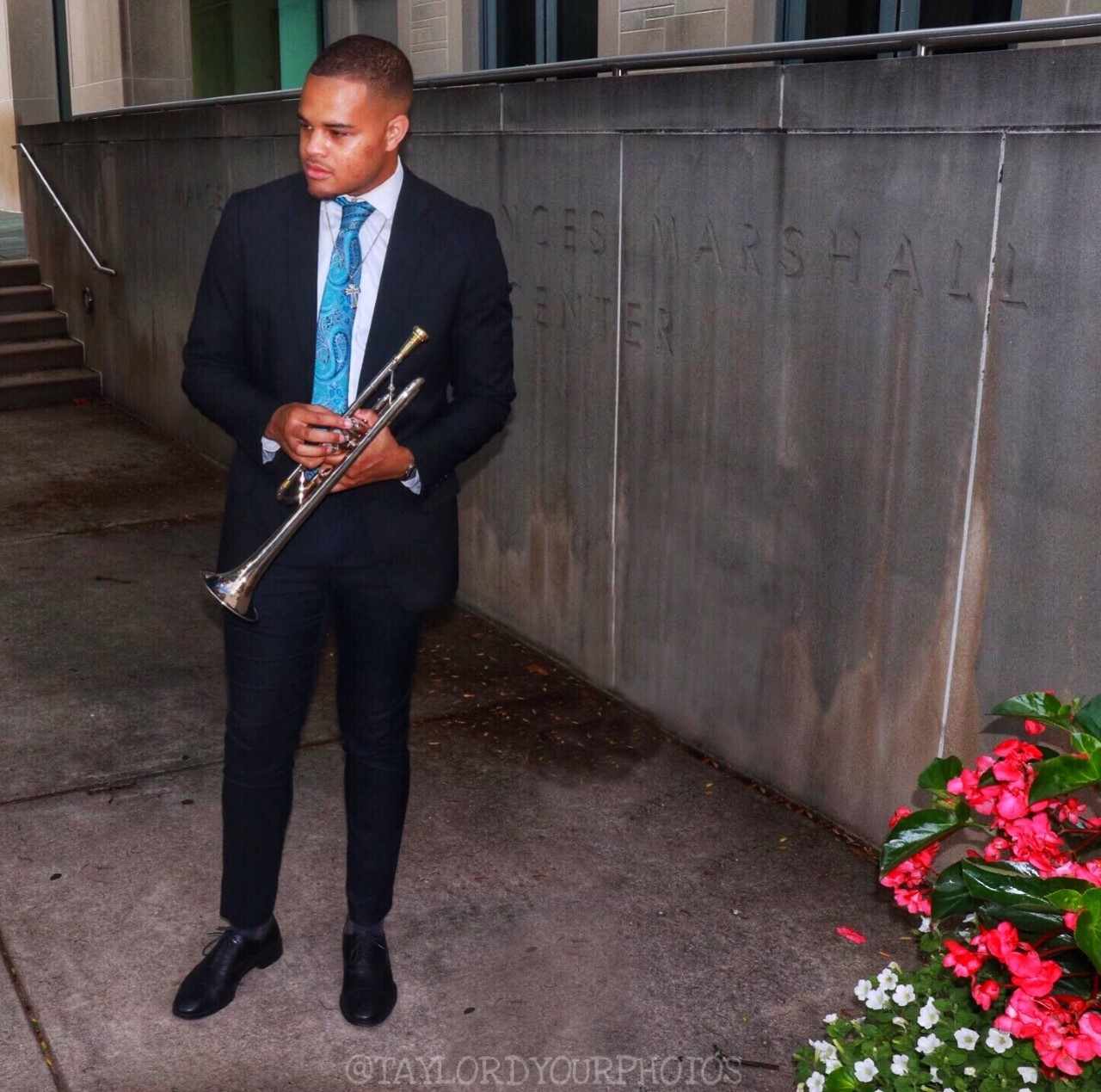 Travis James Higgins III is the oldest of three, born and raised in Houston, Texas. With his grandmother, a saxophonist, pianist and music teacher, and his father, a trumpet and bass player, Travis was engulfed in musical teachings and guidance from a very young age. At the age of 4, he began learning drums and percussion. In sixth grade, he decided to shift his musical focus to the trumpet, thus his journey to master the trumpet began. Meanwhile, he continued to play drums, and his father would bring him along to freelance drum at various churches throughout the greater Houston area. Travis was even fulfilling paid drum positions at the age of 10.

Travis completed his undergrad at Prairie View A&M University, a historical black college and university just north of Houston, where both his father and his grandmother attended school. It was there that he encountered his first trumpet instructor, Dr. Timmey Zachery. Under Dr. Zachery's guidance, Travis was able to develop his versatility and fundamentals, performing in multiple groups simultaneously, including the Prairie View A&M Wind Ensemble, Jazz Band, Trumpet Ensemble, and Orchestra. He graduated from PVAMU with a degree in Music Performance.

Travis earned his Masters of Music and Performers Diploma from the prestigious Indiana University Jacobs School of Music, having studied under now retired Professor Edmund Cord. Currently, he is pursuing a Doctorate of Musical Arts at the University of Connecticut. He is an active freelancer around Indianapolis, Nashville, Houston, and New York. With the grace and guidance of God, Travis aspires to become a world-leading recording artist on trumpet, and to impact people through his music.