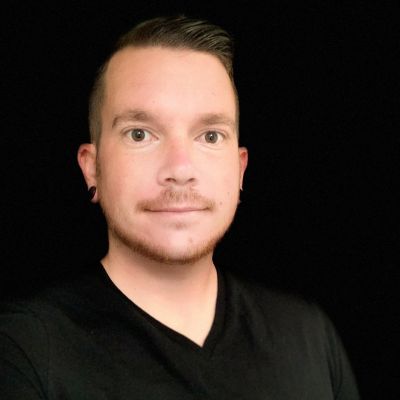 TJ Goss has been a member of The Cadets Instructional Staff since 2019 and currently serves as the Assistant Battery Caption Manager. Previously, he was a percussion instructor with Madison Scouts during the summers of 2017 and 2018 and was the tenor and battery visual technician for the Crossmen during the 2016 season.

Before becoming an educator in the activity, TJ participated in many seasons of both WGI and DCI. He was a member of the Bluecoats tenor line for two years under the direction of Roger Carter and Tom Rarick. TJ also performed two seasons with Rhythm X, working alongside educators Tim Jackson, Tim Fairbanks and Andrew Markworth. During his time with Pulse Percussion, he had the honor of participating in an undefeated, gold-medal season. Other organizations he has worked with include Northcoast Academy, Crossmen, Blue Knights and Blue Stars. TJ has used his extensive performance and teaching backgrounds to widen his approach to both drumming and teaching, which has overall made him a better, more versatile educator.

Currently, TJ is pursuing a Bachelor’s degree in Psychology from Texas State University with the intent of pursuing a research career in music cognition. During his time at TSU, he has participated in several performing groups such as concert band, men’s choir and percussion ensembles. In addition to participating in a variety of performing ensembles, he held the position of undergraduate assistant of the percussion section in the TSU Marching Band.

He also finds time to assist the surrounding areas as a freelance percussion instructor. Cedar Park High School, Ronald Reagan High School, Hendrickson High School and Rouse High School are just some the schools he has had the privilege of working with. TJ also has served as a tenor technician with Monarch Independent Percussion, a young indoor percussion ensemble based out of Houston, Texas. Currently, he has the privilege of serving as the Assistant Battery Coordinator for Rhythmic Force Percussion alongside the Cadet’s own Jacob Gall. He is proud to be part of a staff that is working towards the groups first season in Independent World Class.