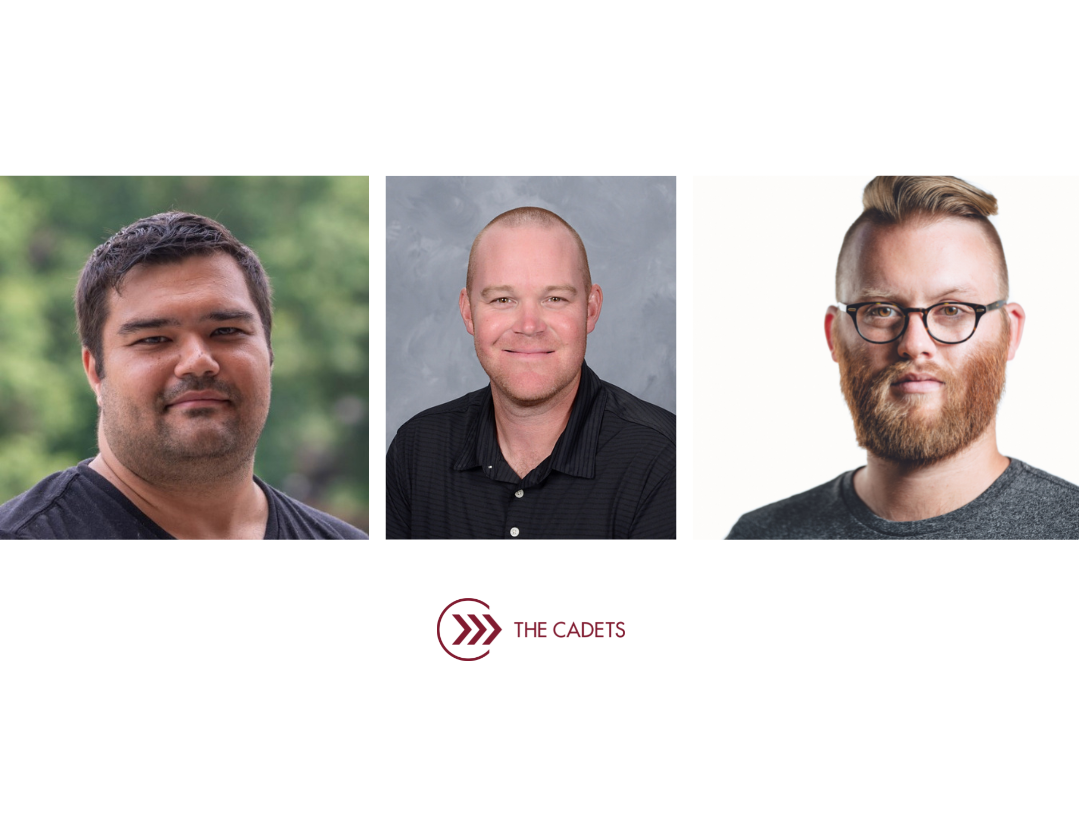 Continuing in their series of staff announcements, The Cadets welcome three acclaimed percussionists to lead the battery and front ensemble teams for the 2023 season.

We are thrilled to have Cadets Alumnus and Hall of Famer Jacob Gall back as the Battery Caption Manager in his fifteenth season as a Cadets staff member.

After aging out of The Cadets as Battery Section Leader and Cadet of the Year in 2008, Jake set his sights on becoming a band director. He attended The Pennsylvania State University where he earned a Bachelor’s Degree in Music Education with an instrumental emphasis in percussion. He continued his education at the University of Massachusetts Amherst and graduated with a Master’s Degree in Percussion Performance in 2012. During his two years at UMASS, he served as a graduate teaching assistant to professor Thom Hannum. Jake was an integral part of the percussion staff that shaped and refined The Cadets’ DCI World-Champion Percussion Section in 2013. He currently resides in Austin, Texas where he serves as the Director of Percussion for Glenn High School in the Leander Independent School District. Read his full bio here.

Joining The Cadets Staff this year as Front Ensemble Caption Manager is Anthony Gilleland. Originally from Irvine, Calif., Anthony holds a Bachelor's Degree in Percussion Performance from CSU Fullerton. He began his drum corps teaching career as a consultant at Pacific Crest in 2019. He went on to join the Carolina Crown Percussion Staff, where he taught from 2019 to 2022. Anthony is now living in Fort Mitchell, Ky., where he is the Percussion Director at Beechwood High School. He is also currently on staff at ConneXus Independent as a front ensemble technician and George Mason University Indoor Drumline as a consultant. Read his full bio here.

If you are interested in joining The Cadets Percussion for the 2023 season, find out more at cadets.org/join.