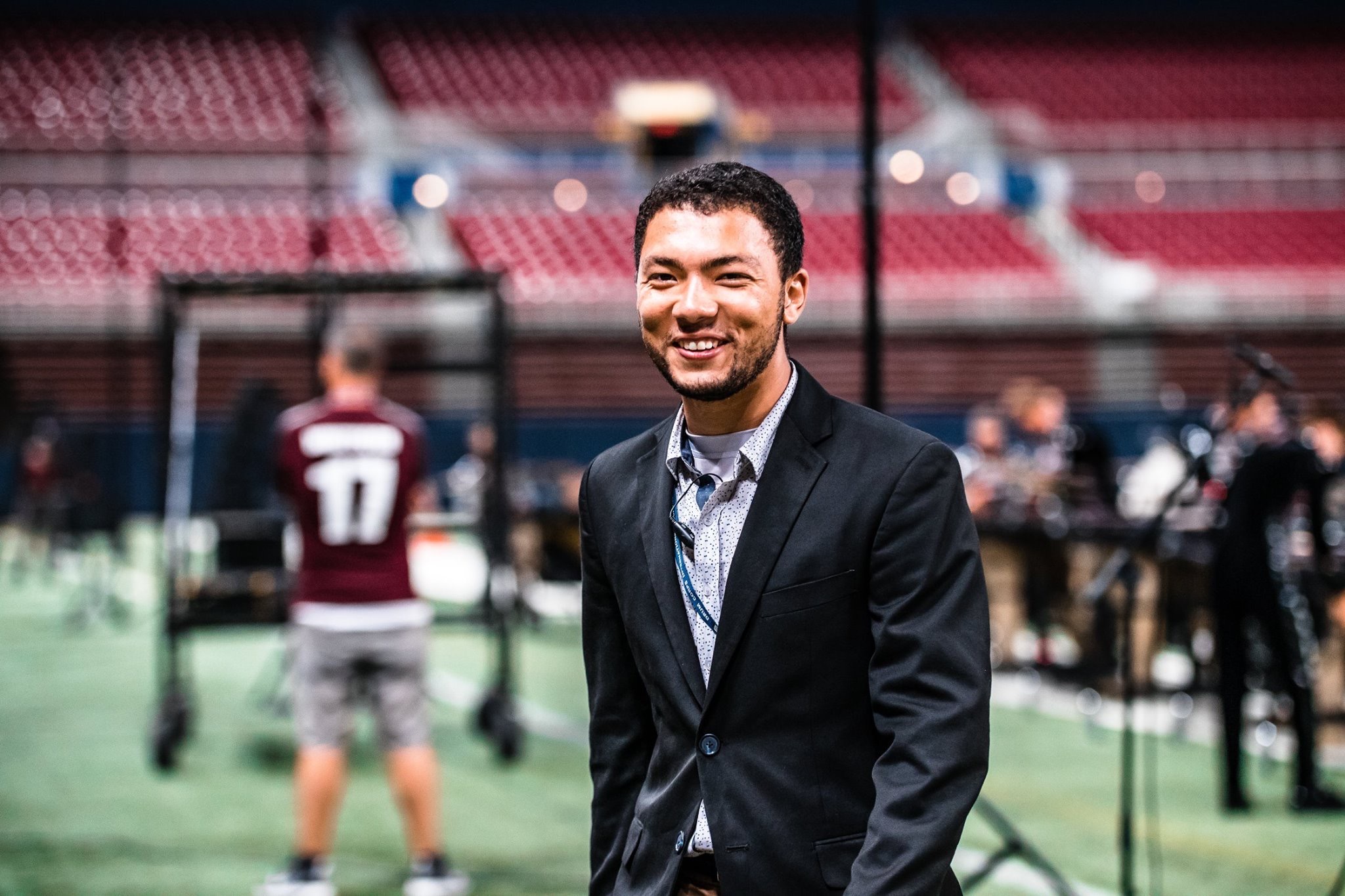 Israel DeMello assumed responsibility for all outreach and communications with The Cadets' performers and auditionees as of January 1, 2022.

In 2015, Israel joined the DCI community as a member of Music City Drum Corps. He has been involved with The Cadets since 2018, when he joined the corps' administrative team on the road.

Israel holds an Associate’s Degree in Criminal Justice from Columbia State Community College. In addition to his Member Coordinator role with The Cadets, he works as a Texas Law Enforcement Officer specializing in Mental Health and Suicide Prevention.

2022 marks Israel's tenth year as a business owner, as he is also the founder and CEO of Demello Productions, an award winning production company based out of Nashville.

He currently resides in Justin, Texas with his dog, Danno, and cat, Hazel.