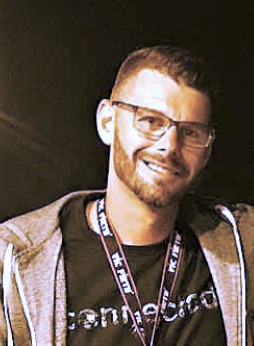 From 2012 to 2018, Michael served as Percussion Caption Head and Battery Arranger for the Spartans Drum and Bugle Corps from Nashua, NH. Michael has also worked with the Dartmouth and King Philip High School music programs competing in both WGI and BOA.

Outside of the marching activity, Michael serves as the Percussion Specialist with the Everett Public School district in Everett, Mass. Michael also maintains a diverse private lesson studio for both in-person and virtual learning. He is an MJA certified judge and clinician.

Michael grew up in Wrentham, Mass. and attended the University of Massachusetts Dartmouth where he earned his bachelor’s degree in World Music and Percussion Performance. Michael currently resides in Medford, Mass. with his wife and two cats. Aside from music, Michael enjoys cooking, baking and hiking.